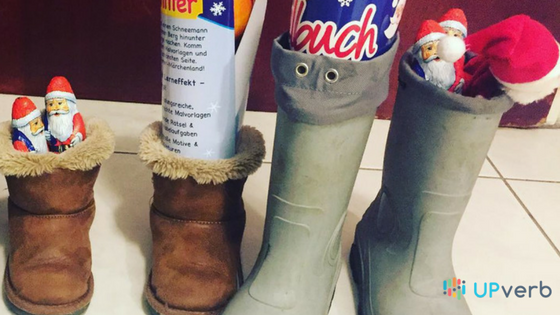 Must be old Saint Nick

Last night children all over Germany – as well as many other parts of the world – cleaned their boots and set them out by the door in anticipation of a visit from the man in red. That’s right: Santa Claus Sankt Nikolaus, otherwise known as Saint Nicholas. Parents act on behalf of the fabled saint (spoiler alert!), leaving small toys or books, an orange or other fruit, and usually some sweets, particularly ones that are shaped like Saint Nicholas or Santa. Americans can thank good old St. Nick for their own modern rendition of Santa Claus, and today we want to share a bit about this beloved German tradition.

The legend of Sankt Nikolaus dates all the way back to around 300 A.D. when a man named Nicholas lived in a seaport town called Myra (presently located in Turkey). He was especially known for his good deeds toward the poor, gaining him the “Saint” nickname and – it is believed – the title of Bishop of Myra. It is in the spirit of this beloved and generous man that children are given small gifts as a reward for their own good deeds and behavior toward others.

While Sankt Nikolaus has taken a bit of a backseat to the Weihnachtsmann (you know, German Santa), children all over Germany are still excited to set out their Nikolaus Stiefel (Nicholas boot) in hopes of a few treats from the kind old saint.

Perhaps your family didn’t get a chance to adopt this cute German Christmas tradition, so why not put it on the calendar for next year? The kids in your life can set their boots out on the night of December 5 (and hey, why not buy an extra chocolate Santa or two for yourself?) to remind themselves of the spirit of giving that we all hope to have during the holiday season. 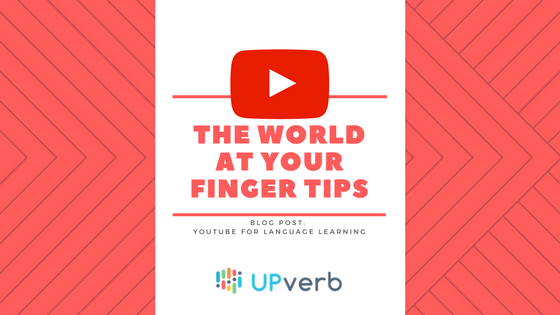 UpVerb is an online language school, which offers German, French, English and Spanish lessons, but we are constantly adding more languages depending on the student’s preferences. The classes are held live via video conference and are taught exclusively by qualified, native speaking teachers.